WSG BASKETBALL COMES BACK WITH A SLAM! 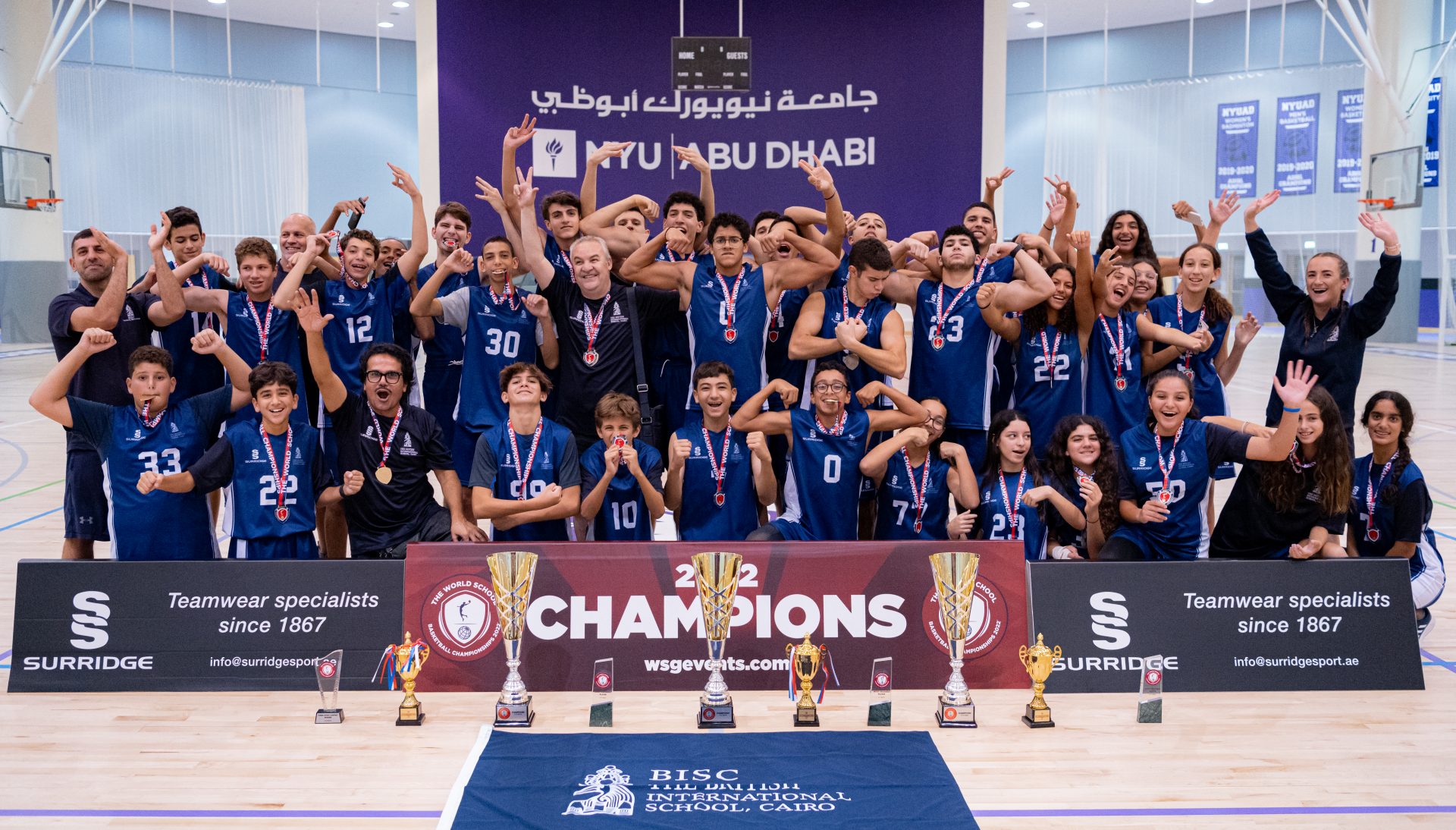 WSG BASKETBALL COMES BACK WITH A SLAM!

The World School Basketball Championships made a sensational return to the beautiful Persian Gulf coast as worldwide teams hooped it out at the prestigious New York University, Abu Dhabi over the weekend.

Excitement filled the courts as players and coaches were determined to bring home a championship during the three-day tournament at the New York University, Abu Dhabi sports centre and it was amazing seeing teams give it their all until the buzzer hit zero.

A squad that went above and beyond in the WSG Basketball Championships was British International School Cairo (BISC), as they became victorious in three out of four age categories and were the first Egyptian School to play in the autumn classic tournament.

Having a home-court advantage paid off for one Abu Dhabi school, Raha International School Raptors’ U13 boys team were crowned champions on their own soil. Raptors’ basketballers were thrilled to be a part of the action including star player, Jan who stated, “this is the tournament of fun, we’re out here to have fun.”

Girls competing in the games the last few days had an incredible time as well, Safa Community School basketballer, Kaitlin explained, “they were challenging games, the players were skilled, but it was a lot of fun.”

Students weren’t the only ones excited to be back in the tournament. Andrew Cook of the World School Games organising committee was happy to see the return of schools playing in the big tournament in Abu Dhabi. ‘It’s been a great weekend here at NYU Abu Dhabi for the second edition of the World School Basketball Championships.

We had 35 teams from 16 schools around and beyond the GCC in attendance and, like in 2019, we were blown away by the standard of competition….the kids put on an amazing show for us and it was exhausting just watching them!

Special thanks to NYU for hosting the event, and to our Technical Directors, Julian King from Hoop Mountain, who helped us so much in the run up to, and throughout, the event.

We’re already excited to welcome more schools to Abu Dhabi for the 2023 event next November – every time we run an event we identify ways to increase the wow factor and improve the experience for players, coaches and parents, so we’ve got some big plans in the works for 2023.”

The final results of the WSG Basketball Championships can be found in the table below.

A big congratulations to everyone who was involved in last weekend’s action, it was a privilege to see you all back on the court with great enthusiasm.

The best place to find the results & winners will be on the tournament app, which you can download by searching ‘WSG Basketball’ in the app store.

VIEW OUR PHOTO GALLERY BELOW FROM LAST WEEKEND’S ACTION!